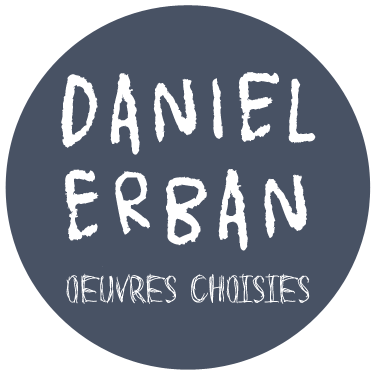 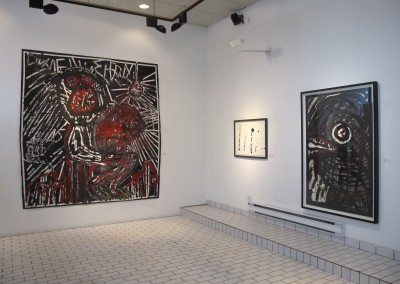 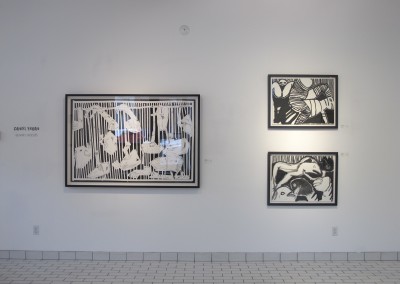 Lacerte art contemporain ( Quebec ) is proud to present a selection of works by the artist Daniel Erban. This exhibition brings together more than a dozen works produced on paper and cardboard.

Constantly questioning our society, Daniel Erban creates works dealing with his own questions. Through his work, he tries to understand himself, but also to understand the others and the links that make up our world. When we look at the paintings of the artist, it is the ugly, the terrible, that we see. His works highlight all aspects of human reality, even the most disturbing. Indeed, his art parody our terrible and insignificant news, contests the institutionalization of art and called an impossible awareness.

Rejecting pure abstraction and academic canons, Erban creates narrative works in strong expressive character. On poor media, the artist throws some ink and paint in a barely contained rage. He engraves, paints and draws convulsively his mental states, using neutral colors like the black, the gray and the white. Because, Erban seems incapable of color in front of the contemporary evils he denounced.

But, above all, Daniel Erban seeks, through his art, to establish a dialogue. It attempts to discuss the world of art, but also about his concerns as well as the world. For him, all the events that occurred in the world are the result of a deep unease that the artist wants to denounce .

–
Born in Israel in 1951, Daniel Erban is a Canadian artist who lives and works in Montreal for several years . Having obtained a bachelor’s degree in art of the Concordia University in 1980, he studies in the same place where he obtains, in 1983, a master’s degree in science. His approach is that of questioning and research. His purpose is to produce works exploiting, in an ugly and antisocial mode, themes such as the politics, the human rights, the censorship, etc. Freedom of expression takes it much to heart. The artist, very known for the “underground” environment of Montreal, displayed almost everywhere in Quebec and in Canada. Since 1993 he has participated in over 120 exhibitions, including about 35 solo.